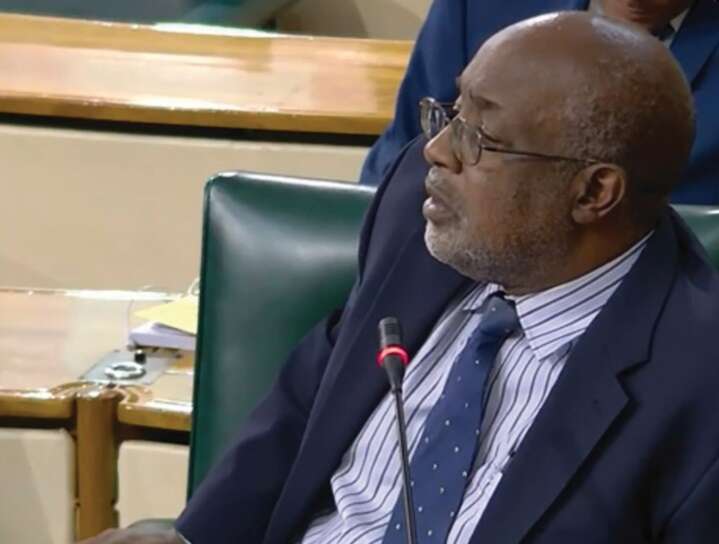 Administration and Appropriations Commission (PAAC) member Fitz Jackson, seen in this video grab, identifies the entity that advised construction of the Green Acres Police Station in a flood-prone area during Wednesday’s PAAC meeting. I am pressing Deputy Commissioner of Police Warren Clark to do so.

THE Public Administration and Appropriations Committee (PAAC) on Wednesday struggled to get a response from the Department of Homeland Security regarding approval to build a Green Acres police station in the flood-prone area of ​​St Catherine.

Technocrats were confused by questions about the issue, and Undersecretary Courtney Williams advised that the government would try to fix it by next year.

Metropolitan Police Deputy Commissioner Warren Clark said the area was “always one of the challenges” and flooding issues had been assessed before the $65 million building was built.

“Yes, we knew there was a problem and tried to avoid it. However, we were assured by experts that the area could be properly drained. Then we heard that another design was needed, but there were some adjustments in the prescription and the engineers had to redesign the solution,” he explained, and the station was 90 percent complete. I pointed out that

Pressed by member Fitz-Jackson and PAAC president Michael Phillips to identify the organizations that advised on the construction of the site, Clark said, “They are local… what happened is a matter of process… circumstances.” means that advice was sought and advice was given.” .”

However, when asked whether it was a private or public company that decided on the location of the station, Phillips said, “There is a lot of work that needs to be done before we can build there and we hope to get government approval. there is,” he said.The contract to build there would have been from a reputable [entity]If so, it should be known. Because, as it is now, the Ministry has to raise more money to ensure proper drainage. [is put in place] Hope the drainage will take care of the issue. I would be very concerned if the same company that advised you to move the police station there was going to advise you on sewers.”

Jackson said, “This is not a private project, it’s a project run by the central government. There are established procedures for doing these things. To do this, the department contracts with contractors.” I would have,” he claimed. Project. What I’m picking up on is that there’s a mystery about who did what. It’s not the ghost that changed the prescription.

Devon Colquhoun, director of corporate services for the Jamaican Police Force, explained that many parties were involved in the planning process and that the “change of prescription” is really an update to the project plan. He promised to submit the necessary documents to the committee.

The police station remains empty after it was flooded by heavy rain in October.

“We will be involved with contractors, especially the drainage project. The station itself is not really a place to collect water, it is a matter of removing it. We are very likely to be able to make some spending this year and next year to address this issue,” the assistant secretary advised. 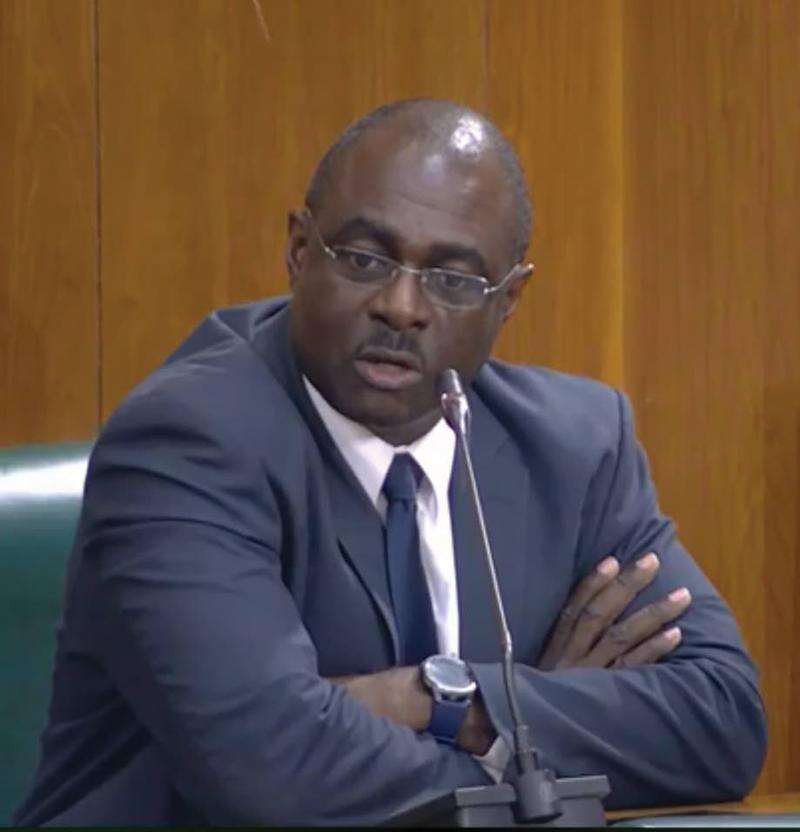 This video grab shows Deputy Police Commissioner Warren Clarke speaking at a meeting of the Executive and Appropriations Committee on Wednesday.